When I was a child, many of my sports heroes had nicknames. Cookie Gilchrest, Nobby Wirkowski, Moose Vasko, Boom Boom Geoffrion, Pee-Wee Reese and Dizzy Dean all come to mind.

There is a plant: Dicentra cucullaria which has one of the best nicknames in the plant world: Dutchman’s Breeches.

In the early days of North American exploration, there were lots of Dutch on the scene and I guess that this plant’s flowers looked like a lot of Dutch-style pantaloons. 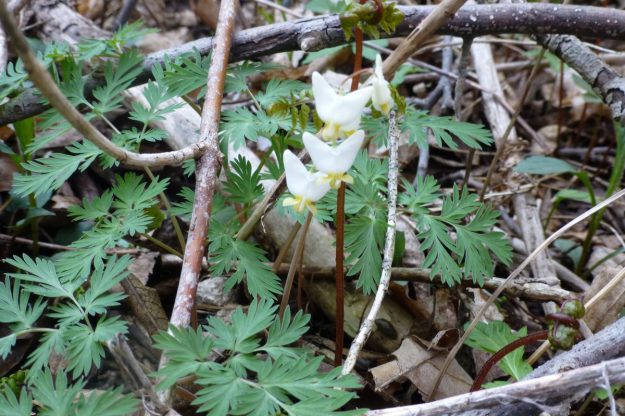 The leaves have a lacy appearance

The plant has feathery basal leaves which are divided into narrow segments which are grayish green above.

The quaint and fragrant flowers appear like pairs of white pantaloons with yellow lips hanging out to dry. 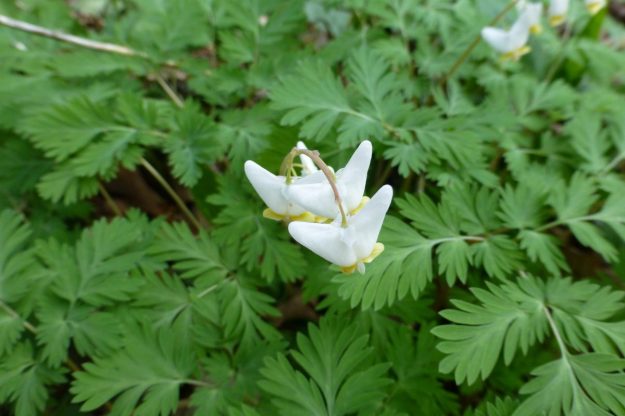 Each flower has four petals: the outer pair with large and inflated spurs forming a V and the inner pair narrow. 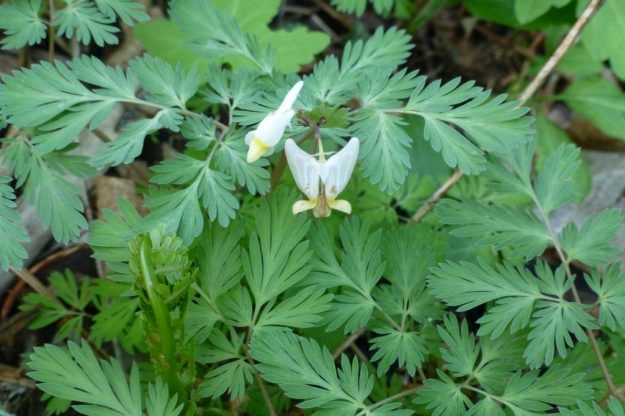 Dutchman’s Breeches, which is also called Indian boys and girls, colic weed, kitten breeches and monk’s hood grows in rich, deciduous forest in April and May. It dies back to ground by early summer.

The scientific name Dicentra comes from the Greek di meaning “two” and kentron meaning “a spur”. This is a reference to the lower part of the flower which appears to be spurred.