During the cold weather months, you can regularly see the three smallest duck species in North America at Humber Bay East. 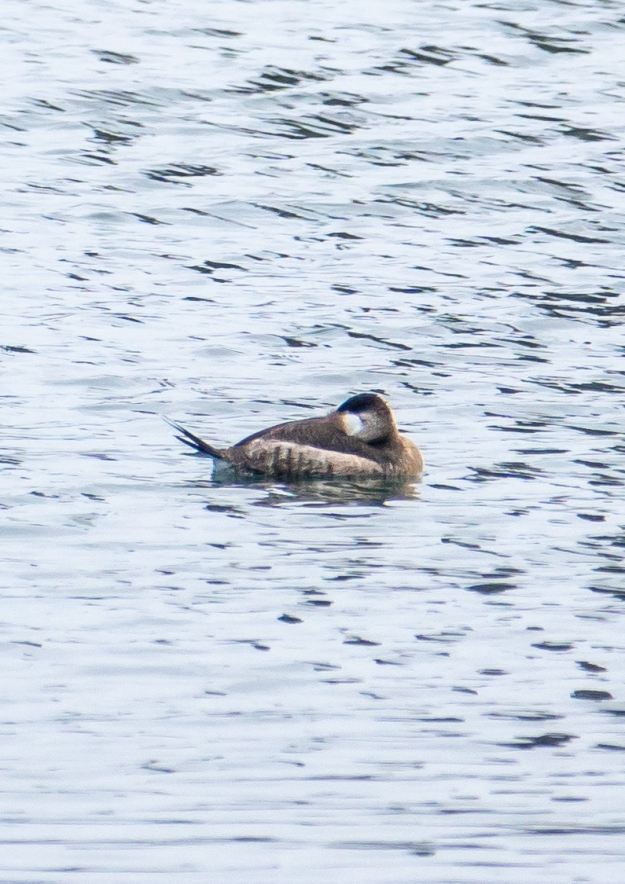 The Bufflehead; 13.5 inches long, wingspan 21 inches and a weight of 16 ounces

The Hooded Merganser; 18 inches long, wingspan 24 inches and a weight of 1.4 pounds 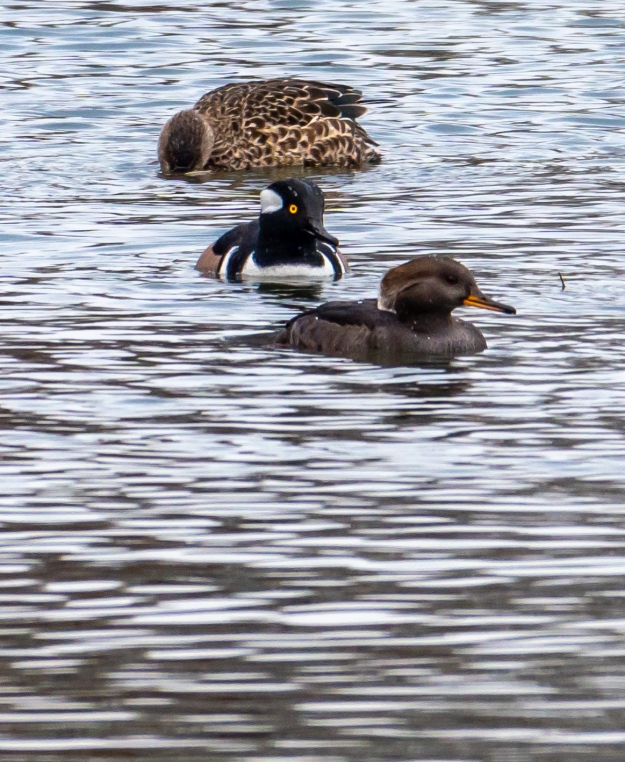 Long-tailed Ducks have returned to this area as well: 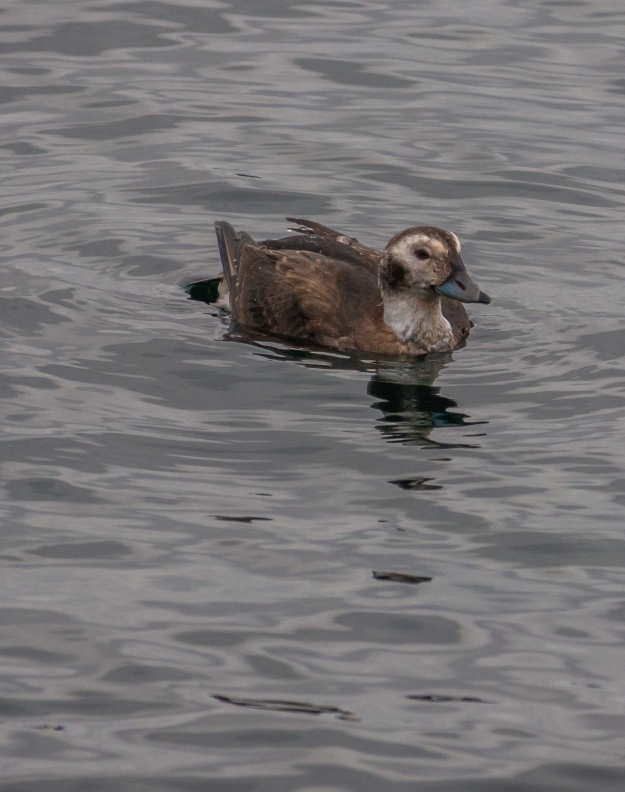 This female mallard races towards us during every visit to the pond area and comes extremely close in hopes that we bring food:

Cardinals are is easy to spot: 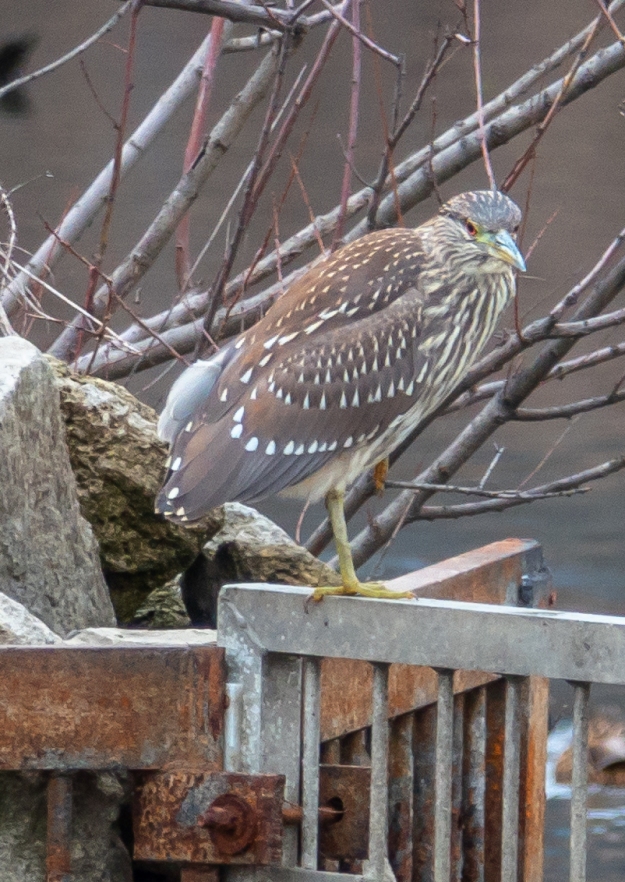 We also encountered a flock of about 5 Yellow-rumped Warblers on several occasions:

and were fortunate to observe a perched Peregrine Falcon:

A Muskrat was out in the pond: 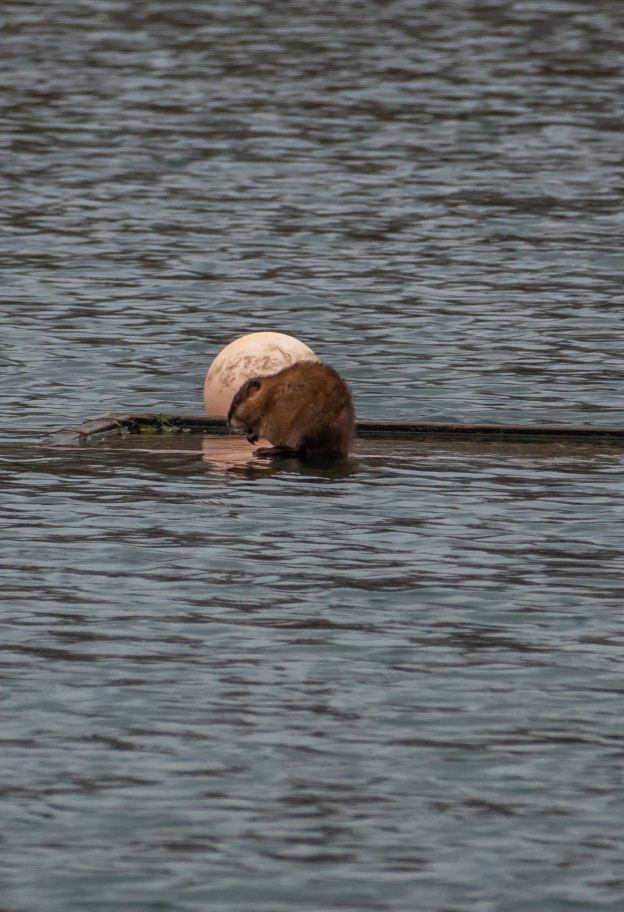 and some Velvet-leaf was also spotted:

Here are some scenes from the park on this overcast, 2 degree morning:

Dry leaves upon the wall,
Which flap like rustling wings, and seek escape;
A single frosted cluster on the grape
Still hangs—and that is all.