This is essentially a bird of the prairies, sufficiently rare in Ontario to delight the bird watcher when discovered, but common enough that some are usually discovered each year. They winter in Mexico, the Gulf States and West Indies with a few stragglers farther north. 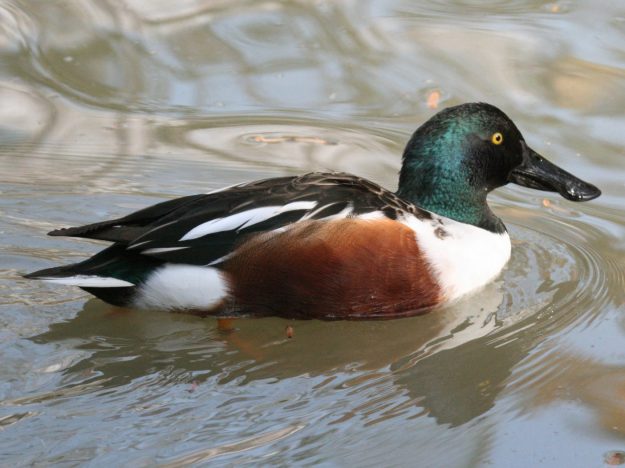 The oversize “Donald Duck” bill is the best field mark, especially for the females which much resemble female Mallards when at rest on the water. In flight the females look like big Blue-winged Teal with the prominent blue-white patches at the bend of the wing. The males in breeding plumage are beautiful ducks with their green heads, chestnut sides, white breast and black back. When feeding they have a bad habit of keeping their diagnostic bill under water and so out of sight for so long that you wonder if they are ever going to bring them up into view: this is almost a good filed mark! 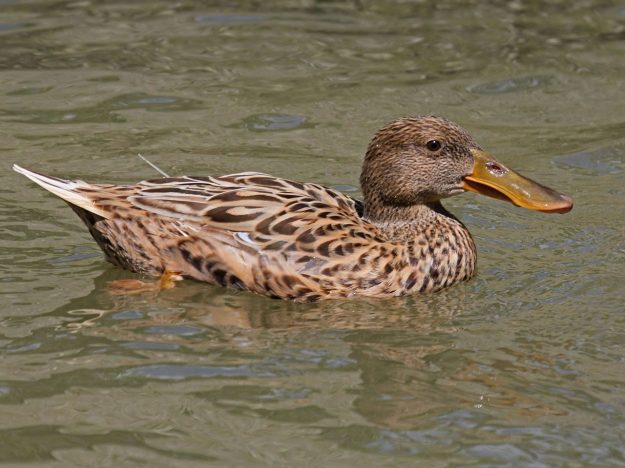