Deception Island’s collapsed volcanic cone provides one of the safest natural harbours in the world, despite periodic eruptions. To enter ships must navigate a tricky 230 meter-wide break in the volcano’s walls which has been nicknamed “Neptune’s Bellows.” At the center of the passageway is a rock called “Ravn Rock” by French explorer Charcot. This lies unseen 2.5 meters under the surface of the water and ships must take care to avoid it.

I took photos as we entered the island. 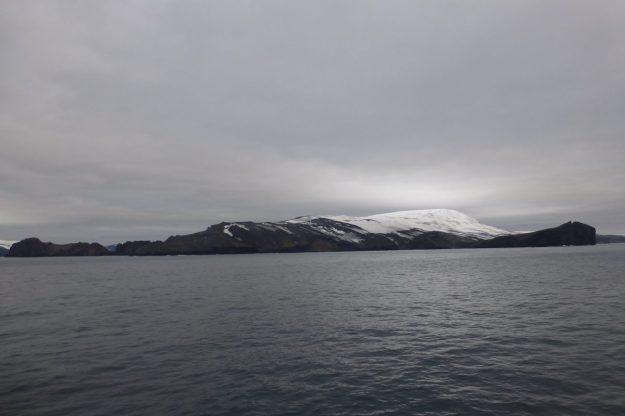 Deception Island from a distance

Rock formation called “The Needles.” This is just outside the island. 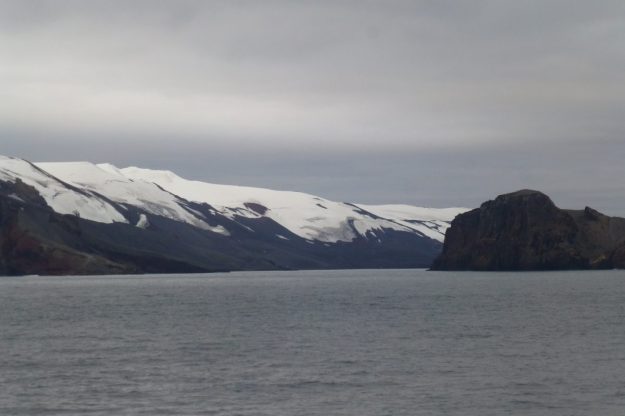 Turning into the island 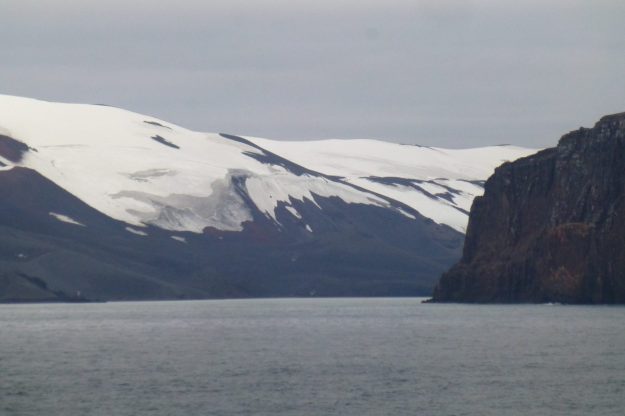 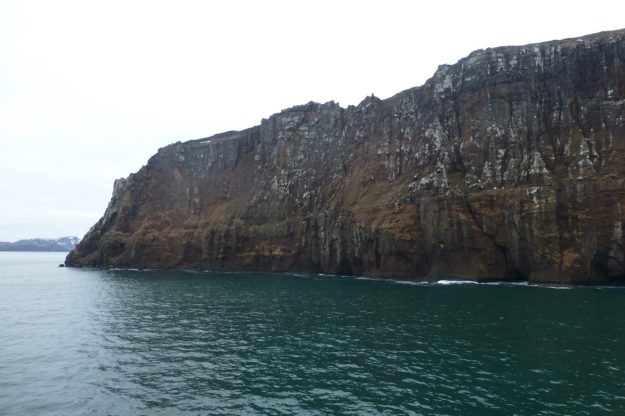 View of the cliffs 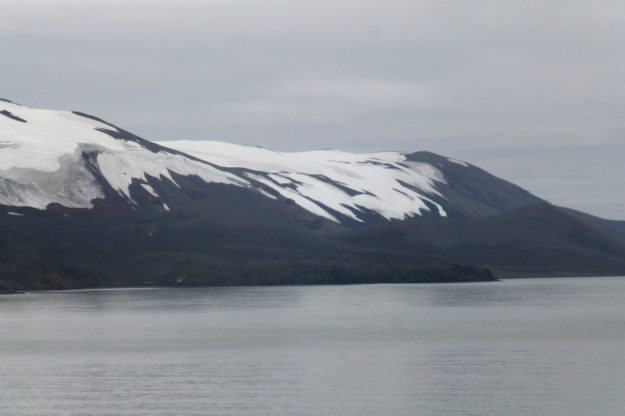