I had the pleasure of spending time with David G Campbell during a cruise to the Antarctic. I love his book and will be posting excerpts from it from time to time.

The book is called “The Crystal Desert:  Summers in Antarctica” and is published by the Houghton Mifflin Company.

“A superior personal account of place, a remarkable evocation of a land at the bottom of the world (Boston Globe)

By late summer the ruckus of penguin breeding at Bailey Head is over. The chinstraps head to the edge of expanding pack ice or into the blue water beyond. The giant petrels and brown skuas also head north, but several of the south polar skuas that used to fly as far as the Caribbean now spend the winter panhandling at nearby scientific stations. Tufts of down accumulate under the lips of rocks and stick in the puddles of guano. The pebbles that have been shuffled and reshuffled over the course of the summer, that have marched up and down the crater wall, appear to have changed not at all. Between the abandoned nests the volcanic soil is burned by the ammoniac fires of penguin excreta. As the autumn deepens, the guano freezes solid as rock, first on the hilltops and slopes and then on the beach near the modulating warm sea. Sheets of it ablate in the shearing wind and fly into the sea; the cycle is complete. Soon the snows arrive and spackle first the hills and then the swales. During the brief thaws on the last warm days of late summer, the brown guano seeps through and stains the white mantle, and then even the lingering trace of the rookery vanishes. Bailey Head, which so exuberantly embraced the summer’s warmth and the sea’s bounty, is once again abiotic, reclaimed by the wind from the dead heart of the continent. 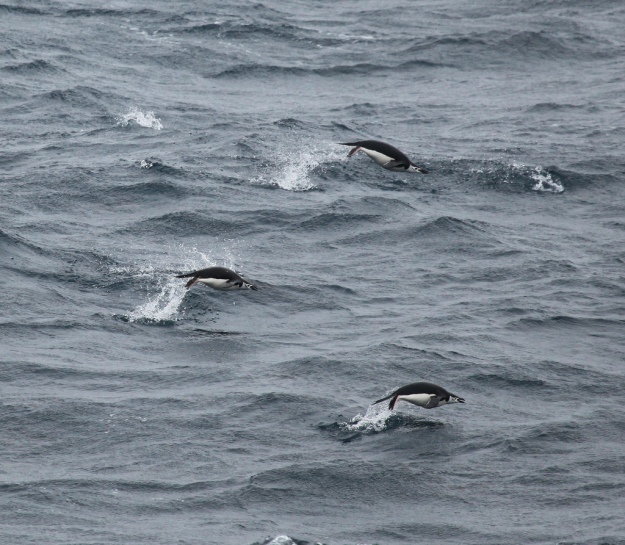